Mejadra, lentils and rice with caramelized onions, is considered to be a the ultimate comfort food in the world of Arabic cuisine. There are many different recipes and debates on how to and who cooks the best mejadra. When all is said and done, it is the simplicity of mejadra that makes it so beloved and comforting.

The word mejadra or “mujaddara” is the Arabic word for “pockmarked”; the lentils mixed into the rice resemble pockmarks. Cooked lentils are popular in many recipes throughout the middle east.  It  is a popular dish throughout the Arab world and is generally made using brown or green lentils and basmati rice, that is seasoned with cumin, coriander, and sometimes mint. Many of the recipes are topped with fried onions. I chose to caramelize rather than fry the onions and mix them into the rice.

Mejadra, lentils and rice with caramelized onions, is essentially a fragrant, spiced, rice pilaf. The caramelized onions give it a sweetness that contrasts beautifully with the cinnamon and allspice. It can be served as a hearty main course or a savory side.  The mejadra is generally served with yogurt, among other vegetables and side dishes, and can be either hot or room temperature.

I recently prepared duck breast l’orange and my Sur le Plat rainbow carrots with spices, avocado and yogurt and served the mejadra as a side. The tangy fresh citrus flavors from the orange sauce on the duck balanced with the cumin, coriander, cinnamon, allspice and the natural sweetness of the caramelized onions was flawless. 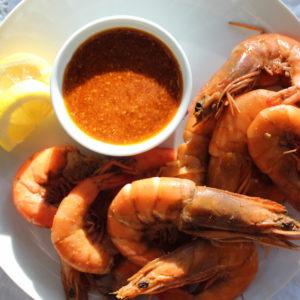 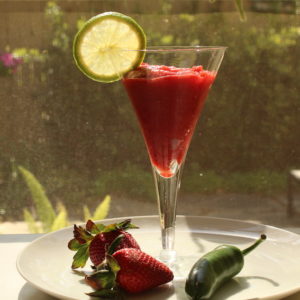